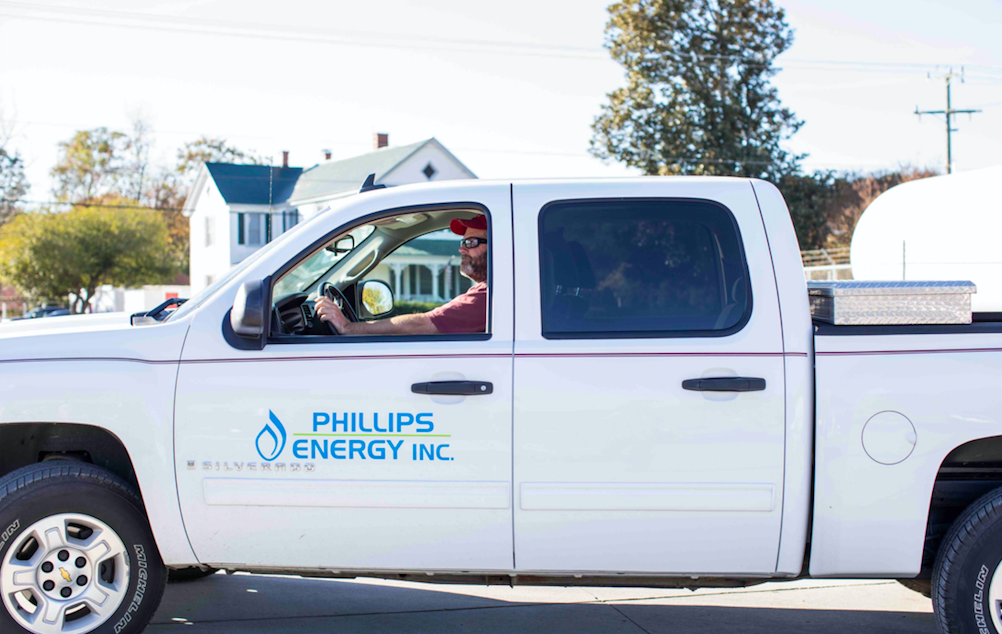 Twenty-three years ago, A.B. Fulcher was driving by Phillips Energy in Gloucester when he noticed the company was hosting an open house.

Hungry after working all day at his landscaping job, Fulcher decided to stop in and have a hotdog. Little did he know how life-changing that last-minute decision to get some food would be.

“I met John and Elizabeth (Phillips) at the cookout and the next day I had an interview lined up,” he said.

Fulcher, who is now the Propane Manager, began his career at Phillips Energy in 1996 as a part-time employee. The company had recently added propane to its fuel offerings and was in need of a dedicated driver for deliveries.

“We were so small back then, I only worked a couple days a week,” he said.

As the company grew and as propane became more popular, Fulcher’s responsibilities also increased. He became a full-time employee in 1997 and was soon asked to do dispatch and was also trained on the service side – doing installations and maintenance.

“It’s been awesome watching a family company grow over the years,” said Fulcher.

Currently, at the Gloucester office there are three full-time drivers and four part-time drivers.

He credited the company’s growth to its commitment to customer service and ability to be a one-stop shop. Customers can get gasoline and diesel for their cars, propane or oil for their homes, have gas logs installed and service done on their systems.

The best example, he said, was during the ice storm that hit the area on Christmas Eve in 1998.

“We stayed open until like 9 p.m. that night and came back the next day,” said Fulcher. “There were cars lined up down the street. We had trucks on the road doing deliveries and still pumping gas for customers. That’s where you see Phillips really shine.”

In his current role as Propane Manager, Fulcher is charge of making sure customers in Phillips Energy’s large service area get their propane deliveries on time and when needed. He uses a computer system to help forecast customer’s propane needs and manages logistics to ensure timely service.

Fulcher said that when he stopped for the open house 23 years ago, he never would have imagined he’d have a career at Phillips, but now he can’t imagine working anywhere else.

“It’s a nice place to come to work, and the people here are great. You couldn’t ask for better.”