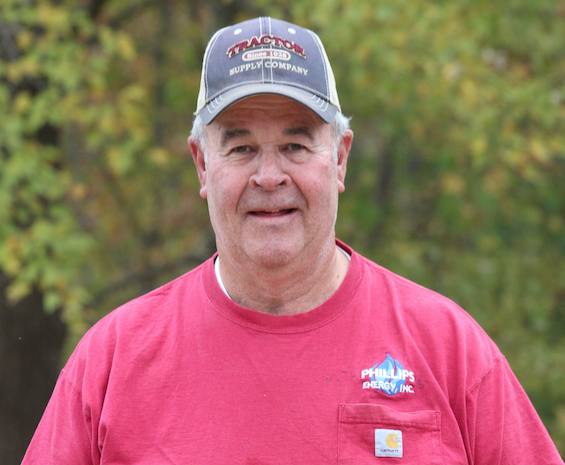 George “GT” Ward is a seasonal fuel delivery driver for Phillips Energy who believes in a “good day’s work,” and for nearly 15 years that’s what he’s been doing—working hard for Phillips customers.

GT joined Phillips in 2000, delivering fuel to Mathews, Middlesex and Deltaville between October and April of each year. He loves being on the road, and throughout his delivery route, ensures that every customer is satisfied with the service.

“Phillips is very good to me. They are easy to get along with, have great customers and pay well,” he laughed. “We work together as a team and really try to do good work as a team.”

In GT’s free time, he enjoys ball games with his grandchildren, specifically cheering on the Essex High School baseball team. During the off-season when he’s not delivering for Phillips, Ward spends his summer farming cattle and hay, just to “give him something to do.”

But when October rolls around, you better believe Ward will be back on the road, delivering fuel during some of Phillips’ busiest months.