Juan Carillo - Creating Community At His Mexican Cafe and Cantina 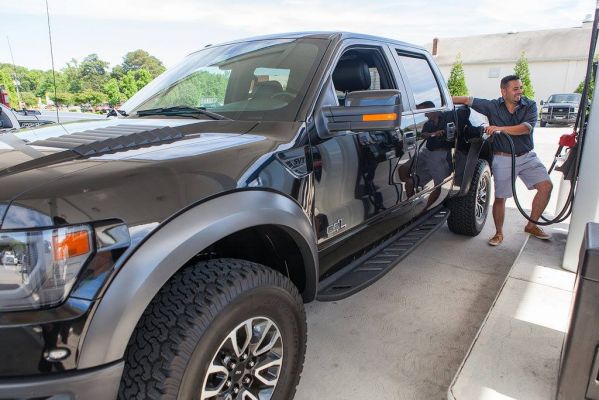 And it’s all thanks to Juan Carillo, who recently not only took some time to be part of a photo shoot for us at the fuel station, but also sat down to tell us more about himself, his business and the great impact he’s making on our community.

Juan Carillo’s hunger to open a business (pun intended) and love of food fueled his desire to establish his own restaurant.

His inspiration and mentor? His father.

First he learned about life and business.

“When we were little kids our grass was perfect—he’d have us pull weeds, and every weed we would pull from the yard would (earn us) a penny,” Juan said of his father who moved the Carillo family to Williamsburg from San Jose, California when Juan was 10. “He’d make us count them and that’s how we earned our allowance.”

Then he learned about the restaurant world.

For a number of years, Juan worked for his father, who owns a restaurant in Williamsburg.

Juan considered joining the Marine Corps, but at 24-years-old, followed his calling and went into the family business, opening the cantina in Gloucester.

And he’s never looked back.

Open seven days a week, the restaurant has grown from eight employees to a team of 27 part- and full-time members.

“The people and the customers,” Juan said, “I like seeing them come in talking about their life, enjoying the food and making sure the atmosphere and everything is okay.” 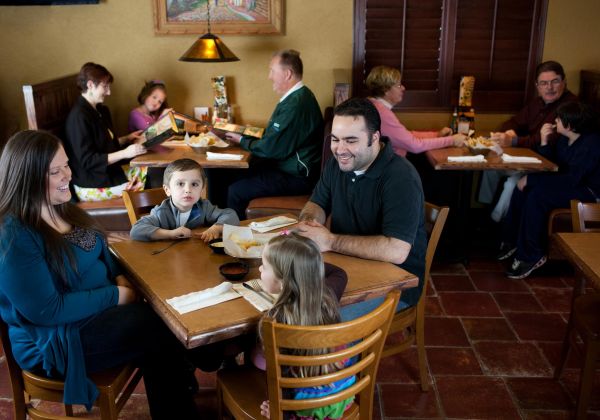 The atmosphere, that feeling, that everyone knows you when you walk into Juan’s? Juan credits his staff with keeping that spirit alive.

“We have many customers that come five or seven times a week,” Juan said. “You get to know their names and on a personal level, even outside of the restaurant.

That’s the fun part, you feel like you have a big family and a following and they feel like family when they’re here, too.”

Juan may still live in Williamsburg, but many of his regulars and new customers likely think he’s a Gloucester boy through and through given his involvement in the community.

In addition to helping create the first ever Latin Festival in Williamsburg and serving on the Literacy for Life Board of Directors there, Juan currently serves on Gloucester’s tourism board and is the President of the Gloucester County Chamber of Commerce.

Though “Juan’s” does provide Juan a large “extended” family, his love for his immediate family is palpable. Just ask him next time you’re in the restaurant about his wife, Zofia, or their two children, and watch him light up.

When he’s not in the restaurant, look for Juan on the golf course (though he says it’s more of an attempt at golf vs. playing golf), playing on a softball team, dancing or trying new eateries.

As could be expected, Juan is a self-proclaimed “foodie.”

“I love going out to eat. I go a little bit above and beyond because I appreciate the art and the time that people put into cooking, and I think that’s one of the things that my mother taught us - it doesn’t matter how simple the ingredients are, it’s the love that you’re putting into it.”

And Juan has a lot of love for Gloucester.

“The hospitality here is amazing. Once they get to know you, you’re their own.

You know what I mean? And I love that. I have friendships here that are forever.”