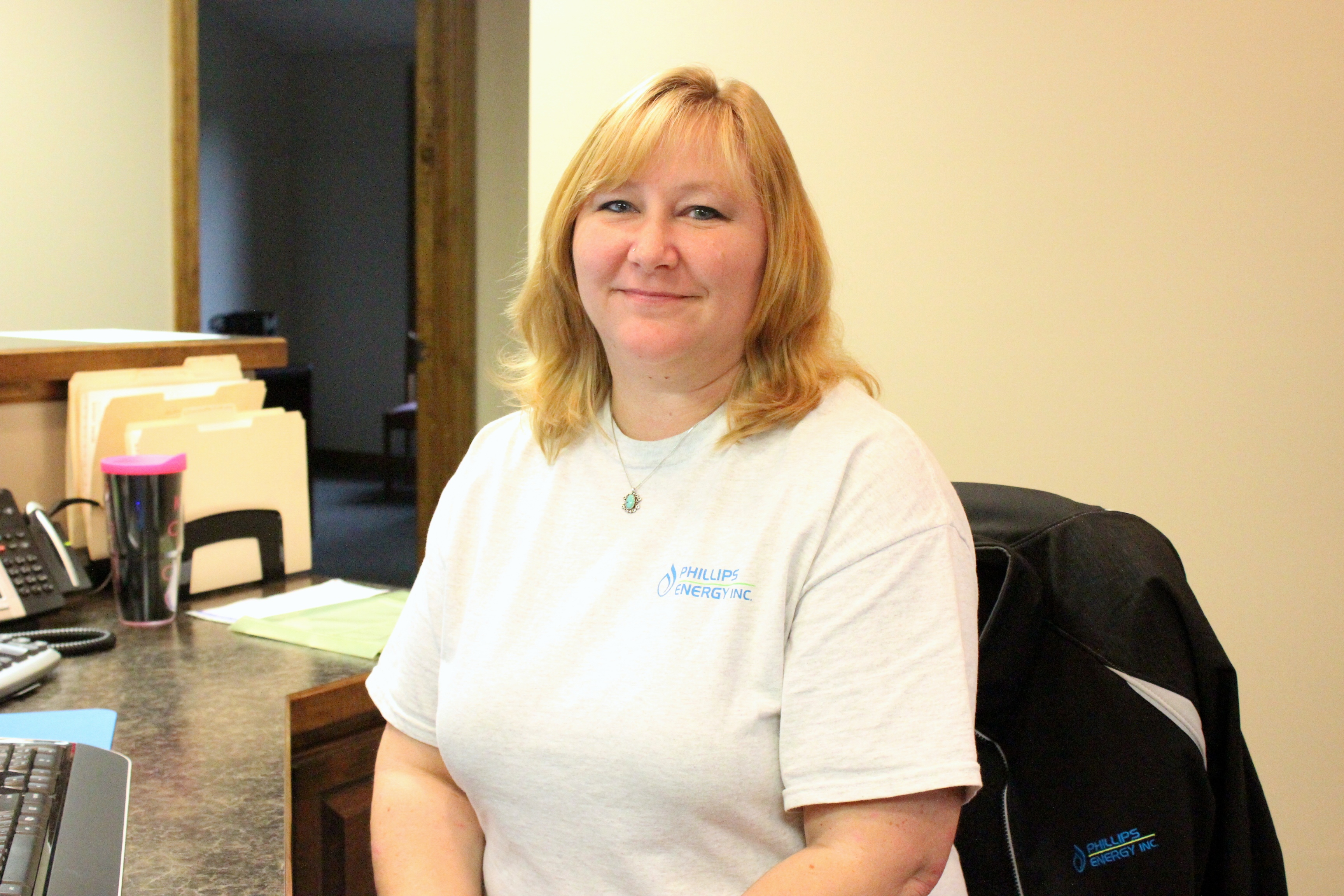 Everything happens for a reason.

That’s a quote Niki Burcham will tell you she lives by. And she believes she ended up at Phillips Energy for a reason.

Niki is new to the Phillips Energy family. Hired this past summer as an Office Assistant and Dispatcher, she is the face of the newly opened New Kent facility.

Born and raised in Lanexa, Virginia, Niki graduated from Lafayette High. After high school she pursued a degree at Thomas Nelson Community College. After earning her Associate’s Degree in commercial art and design, she transferred to Radford University where she earned her Bachelor’s Degree in graphic art and design.

After college, she headed to North Carolina where she landed a job at a local newspaper, The Laurinburg Exchange as an ad designer. Niki worked there for four years before returning to Virginia.

For the next eight years, Niki worked in Richmond at printing company. She says she “created it, plated it and got it out to the pressman.” She also worked for an envelope company for a short time.

While the hustle and bustle of the big city was fun, Niki was ready for a change to relocate closer to home, to Williamsburg.

Niki made the transition from the graphics world to the administrative world. She says there was also a lack of demand in the graphics industry. Niki began working for a local real estate firm as an administrative assistant where she remained for the next four years.

Seeking a change and a desire to move back home, when Phillips Energy reached out to her about an opportunity, she jumped at it.

“I was looking for something more…something new…something that I really wanted to get in to and this seemed to be the perfect opportunity for me,” said Niki. “Phillips has been known in Gloucester and Mathews and is so well established, but it’s exciting to be a part of the New Kent location from the ground up. It’s a new venture for me and a new venture for them so I’m excited to see it grow.”

In her free time, she enjoys spending time with her family camping, going to the beach, fishing and vacationing at a family cottage on Gwynn’s Island. Her family also attends Crosswalk Community Church in Norge.

Niki says she is glad to be back home and now working for a company with a great reputation and a family atmosphere.

“Phillips is like one big family. They’ve made me feel so welcome and a part of the family. They’re awesome people to work for. They treat everyone equally and with respect. I’ve enjoyed the past three months and am looking forward to many, many years with them.”