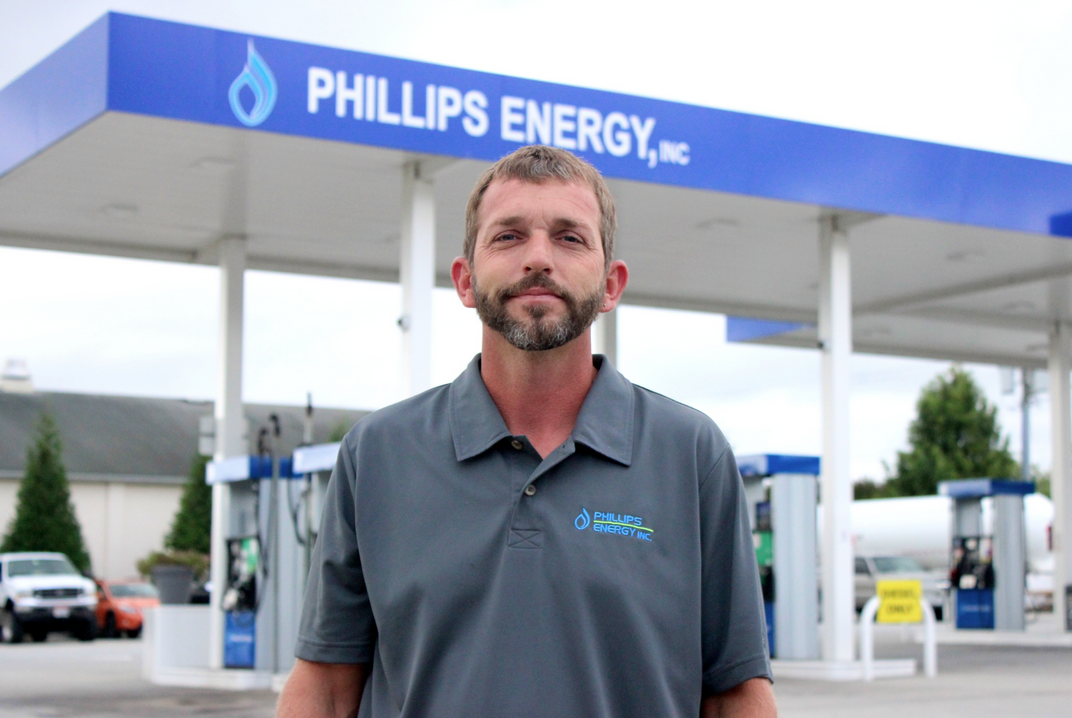 If you need a helping hand, Chris Green of Phillips Energy is your man! That's what everybody says, and it's true.

Helping others out is Chris’ passion so joining and growing on the Phillips Energy team has always felt natural. Today, Chris is the newly named Manager of the recently opened New Kent location.

“I really like helping people and was really glad to gad to get the opportunity to manage the New Kent office for them,” said Chris.

Chris was born at Riverside Regional Medical Center in Newport News and raised in Gloucester, Va. After graduating from Gloucester High School he went to work on the water with his father who was a commercial waterman. He learned many valuable lessons working alongside his father but the most important lesson was his work ethic.

“My father was a hard worker and I’m pretty sure my work ethic came from watching and working with him,” said Chris.

While he enjoyed working side by side with his father, he was eager to find a job where he could advance.

Chris began working for an underground utilities company where he stayed for the following ten years. Again, seeking a career that would offer him advancement, he left and joined the Phillips team.

“A friend of mine talked about what a good company Phillips was to work for,” said Chris. “I joined the team five years ago and already got a promotion to manager, it’s a different chapter,” Chris said with a smile.

Chris is young in his career and is excited for his future with the company. He is optimistic about what the new facility in New Kent will bring to the community.

“It’s going to be a really good opportunity for Phillips to have that third location and it’s going to bring a lot of customers I think,” said Chris.

In his free time, Chris enjoys working out at the gym with his wife, yard work and rock fishing.

Chris resides with his wife, Kelly Green, Owner of Headz Up Nail and Hair Salon, and their 17 year old son.

Chris plans to stay with Phillips for years to come! “I plan to stay here until I retire,” said Chris. “They’re all around good people and they’ve treated me like family since day one. It’s been a good experience so far.”