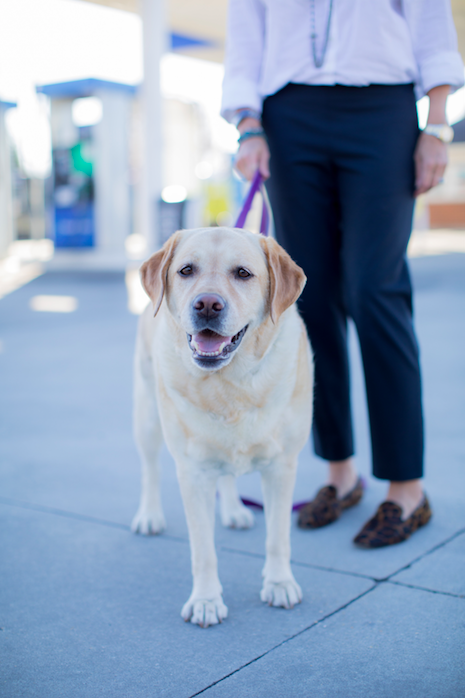 From raising money to serving in leadership volunteer positions, Phillips Energy is a long-time supporter of the Gloucester-Mathews Humane Society, feeling strongly about the important role the organization plays in the community.

In December, Phillips Energy held its first dedicated fundraiser for the Humane Society as part of Giving Tuesday and donated a portion of retail sales, including fuel sold at the gas station at Gloucester Point amounting to nearly $1,600.

April Martinez, the shelter’s executive director, couldn’t be more thrilled with Phillips Energy’s support over the years and is thankful for how the close-knit community of Gloucester and Mathews works together to accomplish good.

“We will always accomplish more together than we would individually,” Martinez continued. “We are really proud and pleased with the long friendship we’ve enjoyed with the team at Phillips Energy.”

As an example of the shelter’s longstanding relationship with Phillips Energy, Martinez noted that the shelter’s heating and cooling systems as well as washing machines are powered by propane.

“Phillips Energy has been the premier provider for our heating and cooling maintenance and needs for quite some time,” said Martinez. “The dedication of the Phillips team in servicing our units is critical in our ability to maintain temperatures required by the Association of Shelter Veterinarians' Standards of Care.”

Martinez added that in order to prevent the spread of communicable disease and infection, the shelter washes and dries nearly 30 loads of laundry on high heat each day.

“This ensures that the homeless pets in our care have the benefit of the most hygienic conditions possible and of which they are so deserving,” she said.

As a non-profit organization, only a small percentage of the society's operating funds come from the counties they support. The rest comes from fundraising efforts by volunteers, grants, and other sources – like Giving Tuesday.

Donations from Giving Tuesday go toward the shelter’s Angel Fund, which allows the shelter to provide veterinary care to sick or injured pets, so they can find their forever home.

“The majority of pets who are treated, they, in many other shelters, would be euthanized because those shelters would find the cost of care prohibitive,” said Martinez. “For example, we are one of just a few shelters locally that actually treat heartworm positive dogs. Sadly, in many shelters a heartworm positive diagnosis is a death sentence for a dog, but because of the community support we enjoy and donations to our Angel Fund, we are able to help those dogs and they go on to live happy and amazing lives.”

Martinez estimated that through Phillips Energy’s generous donation, the shelter would be able to save the lives of six animals and provide heartworm treatment for six dogs.

The Gloucester-Mathews Humane Society takes in close to 2,000 animals each year. Martinez said thanks to donations, community support and its many volunteers, the shelter reached its greatest live release rate in 2019 of 97%. This means that 97% of the animals in their care were either returned to their owners, transferred to other guaranteed adoption partners, or saved through adoption. The shelter also euthanized 49% less animals than in 2018 and performed more than 3,000 low or no-cost spay and neuter surgeries through its clinic in White Marsh.

“I cannot emphasize enough the profound sense of gratitude that we have to our friends at Phillips Energy, in addition to other local businesses, organizations and individuals who make the conscience choice to invest in our life saving mission,” said Martinez. “Without them we wouldn’t be able to save the number of lives that we do every year.”