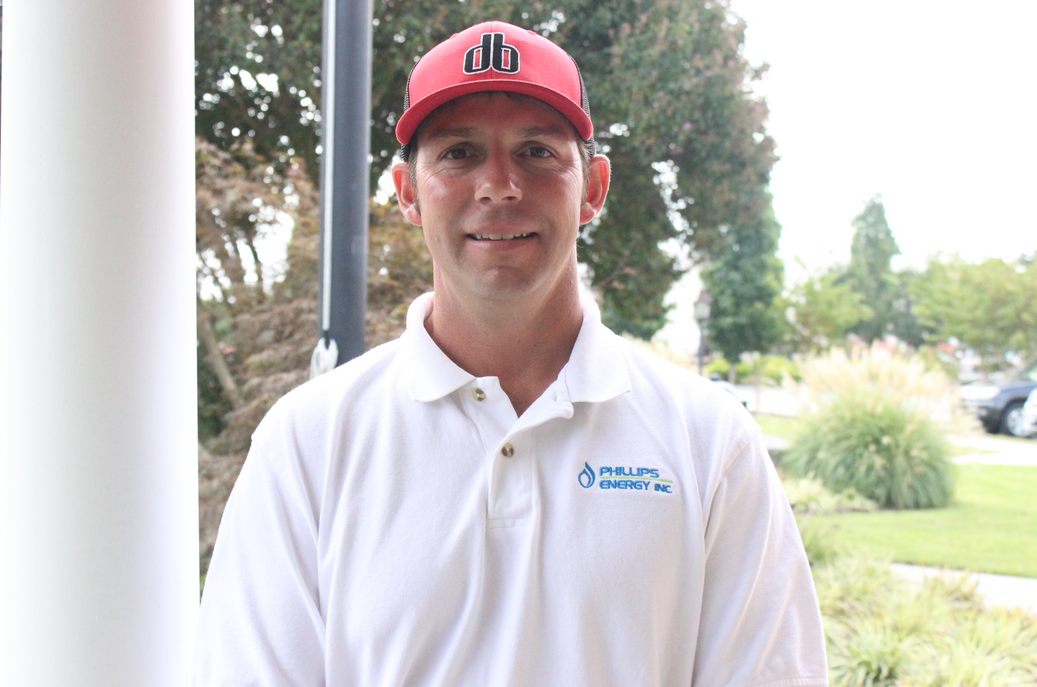 Treat others the way you want to be treated. That’s Chris Williams' motto and how he lives and works at Phillips Energy.

Chris has been with Phillips Energy in Mathews for nearly six years and has recently transitioned to the New Kent facility as the Inventory Manager.

Chris is expecting big things to happen in New Kent.

“The New Kent facility brings more opportunities for the people out there,” said Chris. “New Kent is going to be a big growth for the company, expanding outwards towards Richmond area, and I think it’s going to grow faster than anticipated.”

Born and raised in Gloucester, Chris graduated from Gloucester High School in 1997. He moved to Mathews nine years ago. Chris was hired by Phillips in 2009 as an install technician and propane driver.

After gaining priceless experience and perfecting his skills as a tech, he was promoted to Inventory Manager.

In his new role Chris will be responsible for ordering all of the appliances, tanks and parts. He will be the touch point to ensure everyone has what they need. He will also be laying out jobs the day before so they will be ready for the techs in the morning.

Chris is confident he will succeed in his new role because being organized it just one of his assets.

“I am very clean and meticulous about my things.”

He will still be on call to help in Mathews as needed.

Chris is currently working on his master piping and will soon take his state boards.

This will allow him to run gas lines, complete inspections and other tasks. While this is not something required by Phillips, Chris believes strongly in professional development.

“Once you get that, it’s something that can be taken away.”

Chris is taking it one step at a time but hopes his future is with Phillips.

“Phillips are very good people to work for, down to earth, great group of guys and they treat us like family. They treat all of us the same and don’t single anyone out. They are very good to the community and giving back as well,” said Chris.

In his free time, Chris enjoys rooting on The Cubs and The Vikings.

He also volunteers through Mathews Parks and Recreation coaching little league. He serves as an umpire, coach and completes field maintenance. He also coaches a travel ball through Gloucester, the Diamondbacks who just won their first tournament of the year.

He currently resides in Mathews with his wife of 14 years and his two children.

Chris is passionate about treated people the right way and says Phillips influences him in a positive way.

“I try to live life the right way and working with John and Elizabeth, I’ve had that passion before but working with them it kind of reassures you seeing how they do for people, it makes me a better person knowing I am doing the right thing.”