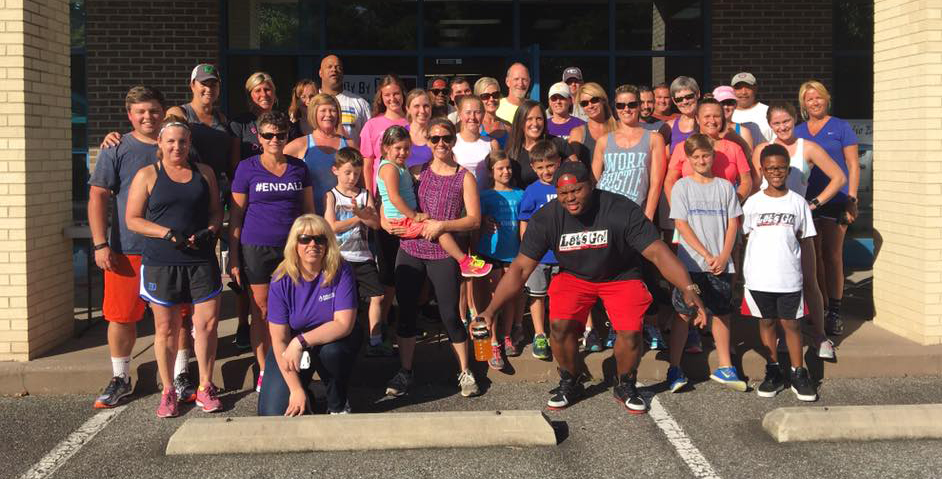 GLOUCESTER, Va. – On the first day of summer, celebrated as the Longest Day by the Alzheimer’s Association to raise awareness of the journey families undergo when dealing with a loved one suffering from memory loss, 35 community members suffered through a fundraising, sweat busting workout to help fight the disease.

Phillips Energy is pleased to announce that thanks to the support of the community and co-host, Body By D, the event raised $1050.

“Alzheimer’s is something that’s very near and dear to my heart,” said Elizabeth McCormick, Vice President of Phillips Energy. “I really appreciate all of the love and support from the community and I would especially like to thank the Body By D team for joining us to fight Alzheimer’s.”

The fundraising boot camp was held at Body By D 24:7 No Days Off, L. D’Shawn Wright’s newly opened Hayes location near Gloucester Point. The event featured four trainers from Body By D. Together, the trainers worked with adults and children of various fitness levels for the 30-minute workout.

The cost to participate was $10. Wright donated 100 percent of the participation fee to the Alzheimer’s Association and Phillips Energy matched it dollar for dollar. Some participants also made an additional donation.

“Community service is so valuable because coming from not having and being in a situation where people helped me it’s only right that you give back and I feel like it’s my duty to pay it forward,” said Wright. “Sometimes because something doesn’t directly affect us we feel like it’s not a concern but that’s the problem, we are not empathetic. If it affects your friend or fellow mankind, it affects you too.”

Wright founded Body By D in Yorktown in 2009. He opened a second location in Gloucester in 2015.

Phillips Energy was founded in 1946 and remains family owned and community loved, with locations in Gloucester, Mathews and New Kent Counties.