Phillips Energy To Support the Alzheimer's Association This #GivingTuesday, December 1 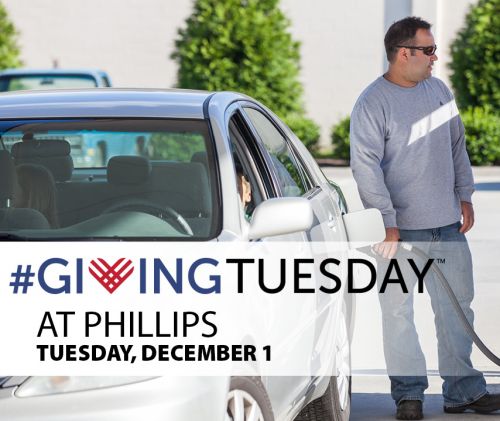 Phillips Energy is pleased to announce that for the third year in a row it has joined up with the #GivingTuesday movement – a first of its kind effort that encourages charities, families, businesses, individuals to follow the post-Thanksgiving shopping blitz with efforts to help local communities. This year Phillips Energy will support the Alzheimer's Association.

On Tuesday, Dec. 1, just after Black Friday and Cyber Monday, Phillips Energy will donate 10 percent of retail sales, including fuel sold at the gas station near Gloucester Point, to the Alzheimer's Association.

“Phillips Energy has much to be thankful for and while we work hard to give back to our community all year long, we’re honored to participate in #GivingTuesday for the third year in a row,” said Phillips Energy Vice President Elizabeth McCormick. “#GivingTuesday gives us an opportunity to take that giving spirit and spread it a little further by helping people in our community who need it most.”

Phillips Energy’s #GivingTuesday efforts in 2013 helped raise more than $1000 for the Bread for Life Community Food Pantry. In 2014 the effort resulted in more than $1000 donated to The Samaritan Group.

The Alzheimer's Association, a cause dear to the Phillips family, works on a global, national and local level to enhance care and support for all those affected by Alzheimer’s and other dementias. They are also the largest nonprofit funder of Alzheimer's research and the leading voice for Alzheimer's disease advocacy, fighting for critical Alzheimer's research, prevention and care initiatives at the state and federal level.

Alzheimer's is a disease that attacks the brain. It is the most common form of dementia, a general term for a decline in mental ability severe enough to interfere with daily life.

Phillips Energy,
Thank you for working hard to find & fix the problem with our Water Heater.
Good Job!