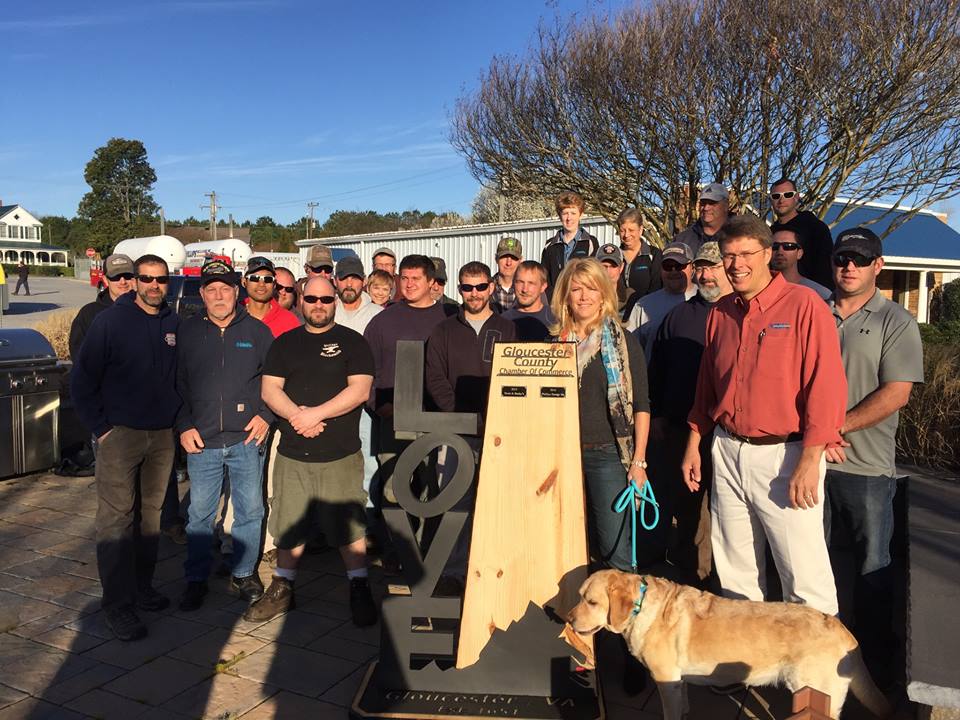 Phillips Energy was honored to receive the Gloucester County Chamber of Commerce's LOVE Gloucester Award at its annual gala February 4, 2017. We do, indeed, love Gloucester, and love all the kind words you said about us.

If you missed the event or the video posted to our Facebook page that night, please read below the words Chamber Executive Director Gloria Williams read before announcing Phillips Energy as the recipient.

Even with his memory fading, his love for Gloucester was that strong. His love for his team was that powerful.

And today, the third generation of the Phillips family to run the business – siblings John Phillips and Elizabeth McCormick – carry on that same tradition and same love for Gloucester. In fact, their entire team does.

Fittingly, in 2016, John and Elizabeth launched a new mantra for their company – more than just fuel.

Yes, Phillips Energy provides propane, heating oil and related products for families and businesses to fuel their lives. But for Phillips Energy, it’s about motivating each other to do more for their customers.

You can see it in everything they do. Phillips Energy team members know not just where the propane tanks are buried on their customers’ properties, but they know their dogs’ names, they are welcomed into customers’ homes and places of business, and they know when people fall on hard times and how to help.

They strive to do more for the community.

Phillips Energy has supported countless charities in Gloucester in 2016 (the list is too long to read here). And not just John and Elizabeth. The entire team. In 2016, the Phillips Energy team members participated wholeheartedly in every fundraising event, volunteering their time and hard earned funds in support of multiple causes.

And they are dedicated to be there more for each other.

For all of these reasons and more, we are delighted to recognize Phillips Energy with the LOVE GLOUCESTER award.