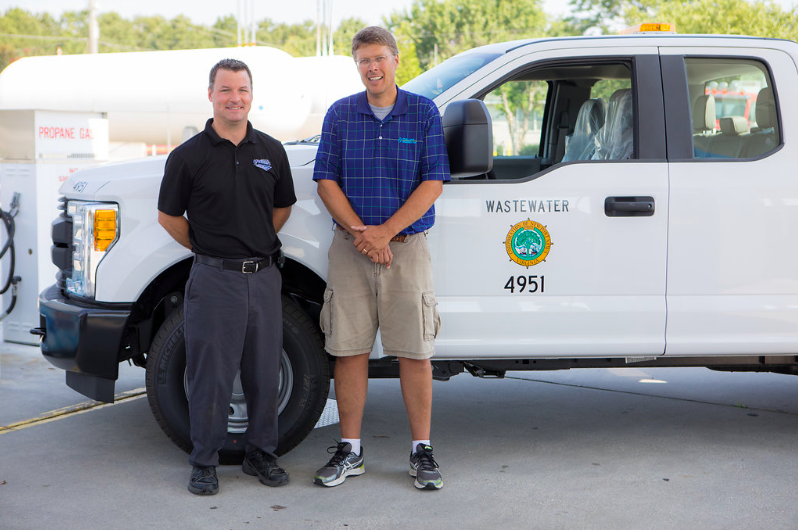 Propane autogas is the most widely used alternative fuel in the world, with some 26 million autogas vehicles on the road globally.

Autogas is cleaner and less expensive than gasoline or diesel, and with more than 90 percent of the U.S. autogas supply made in America, it is cost-effective and reliably available.

“John Phillips is a great man and our families have known each other and worked together for years and years,” said Michael Harris, owner of Harris Garage. “If I was going to do something for anyone, it would be for him.” 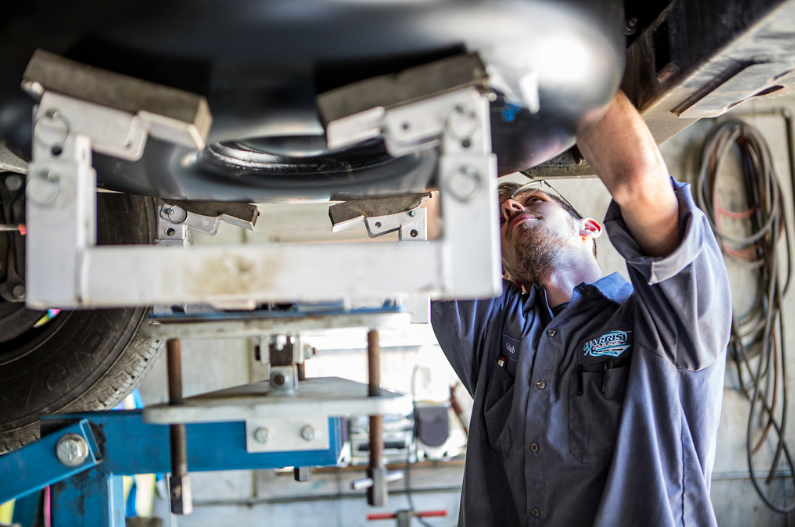 Harris is a third-generation owner of the successful full-service automotive business located off Hayes Road in the Gloucester Point section of the county, right down the street from Phillips Energy’s Gloucester Point location.

Harris’ grandfather Herman opened the business in the 1940s and his dad, Jimmy, took it over from him.

Despite recessions and competition from larger corporate automotive shops, Harris Garage thrived due to its good name, fair prices and reputable service.

“My dad was great at building relationships with people,” said Harris. “Everyone knew he was honest to a fault. He built a real loyal customer base.”

Harris began working for his father in the 1990s while still in high school. He started at the bottom, mopping floors and taking out the trash, then worked his way up to oil changes and brake work. He knew he wanted to run the shop one day.

“I grew up watching and admiring what my dad did,” he said.

While Harris continued learning the trade, he also became interested in the business side of things. He earned a bachelor’s degree in business in 2001 and took over managing the garage that same year. He became owner 14 years later following his dad’s passing.

Under his management, Harris Garage continues to thrive and maintain its customer base – and grow into new areas. 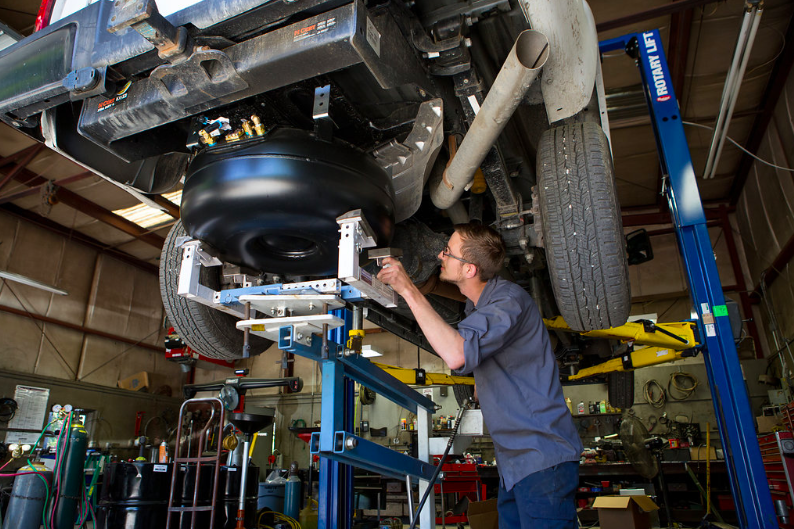 Harris operates as a very forward-thinking businessman. He knew they needed to update their diagnostic equipment when check engine lights became the norm, and he also knew he’d have to start paying for advertising if he wanted to reach the hundreds of newcomers moving to a growing Gloucester community.

When John Phillips approached him about working together in the propane business, Harris saw another opportunity to get ahead of the curve.

Propane autogas is a game changer in the fuel industry. It is 30-40% less expensive than gasoline, burns with fewer emissions and is produced domestically. Phillips Energy had secured several contracts to convert fleet vehicles over from gas to propane but needed a reliable mechanic to perform the conversions.

“John was having a hard time finding someone reliable to do the work for him, and I was happy to jump on board and work with him,” said Harris. “I saw it as a niche – something that we could be ahead of the curve on.” 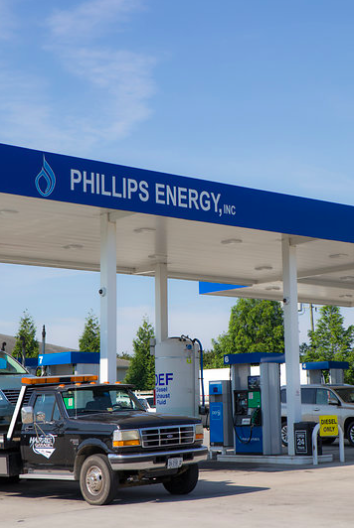 Harris also knew he had the perfect mechanic for the job - Caleb Nebrotskie.

Nebrotskie spent time training to become an autogas-certified service technician and then began installing conversions systems – made up of easily-connected wiring harnesses, an autogas fuel tank and other bolt-on hardware – to a fleet of 24 Ford F-250s from the City of Newport News.

“Caleb started knocking them out in between his normal work and before we knew it he had completed 20 trucks,” said Harris. “He takes pride in his work and does a good, clean conversion.”

Harris looks forward to the continued partnership with Phillips – especially since it’s like working with family.

“There’s a lot of history between both of our families, and I’m happy to be working together.”